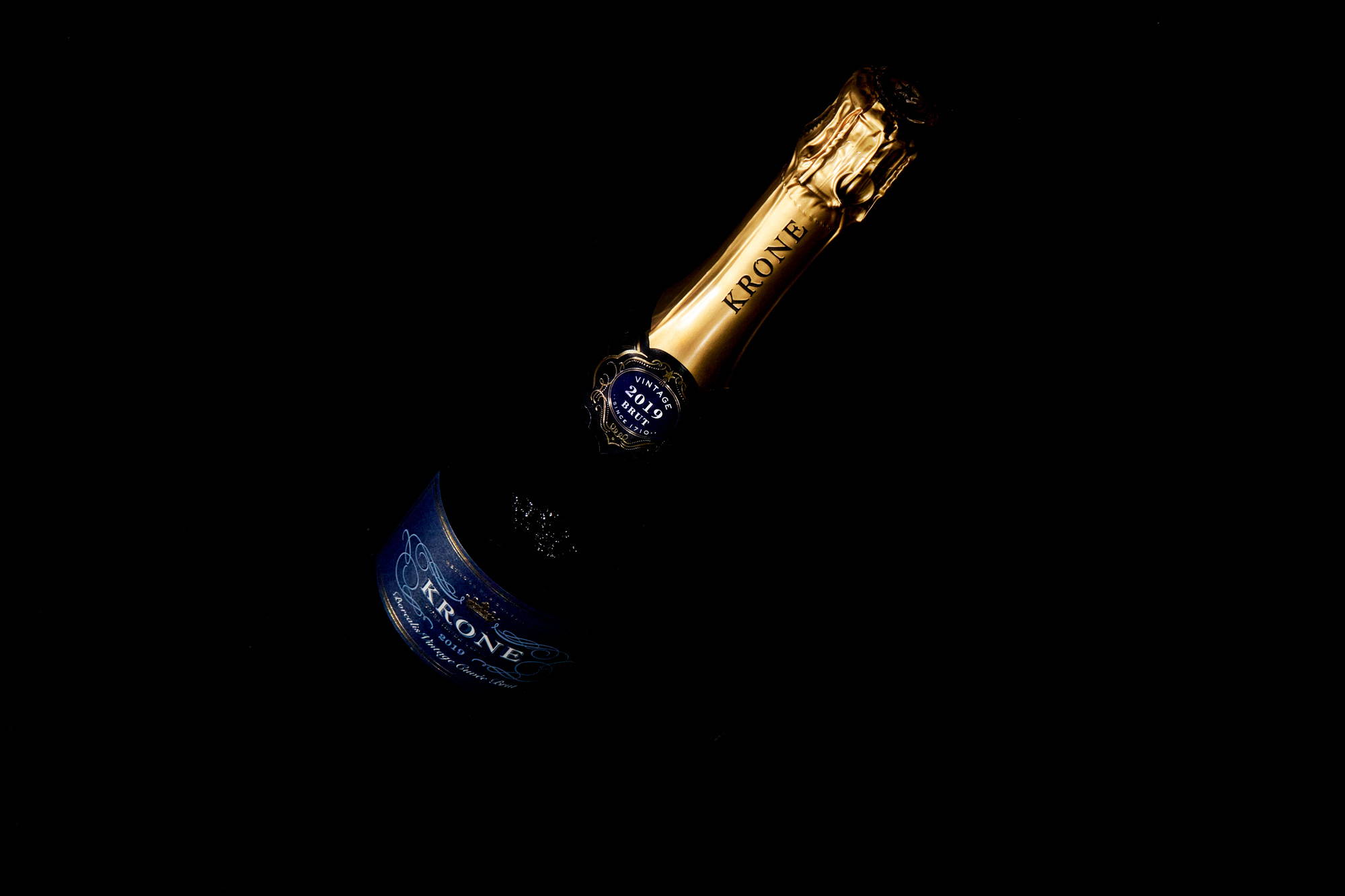 We speak to Claire Johnson of Hoick – the team tasked with creating the worlds we share on our Instagram – and do a deep space dive into the set of Krone Space and Time. 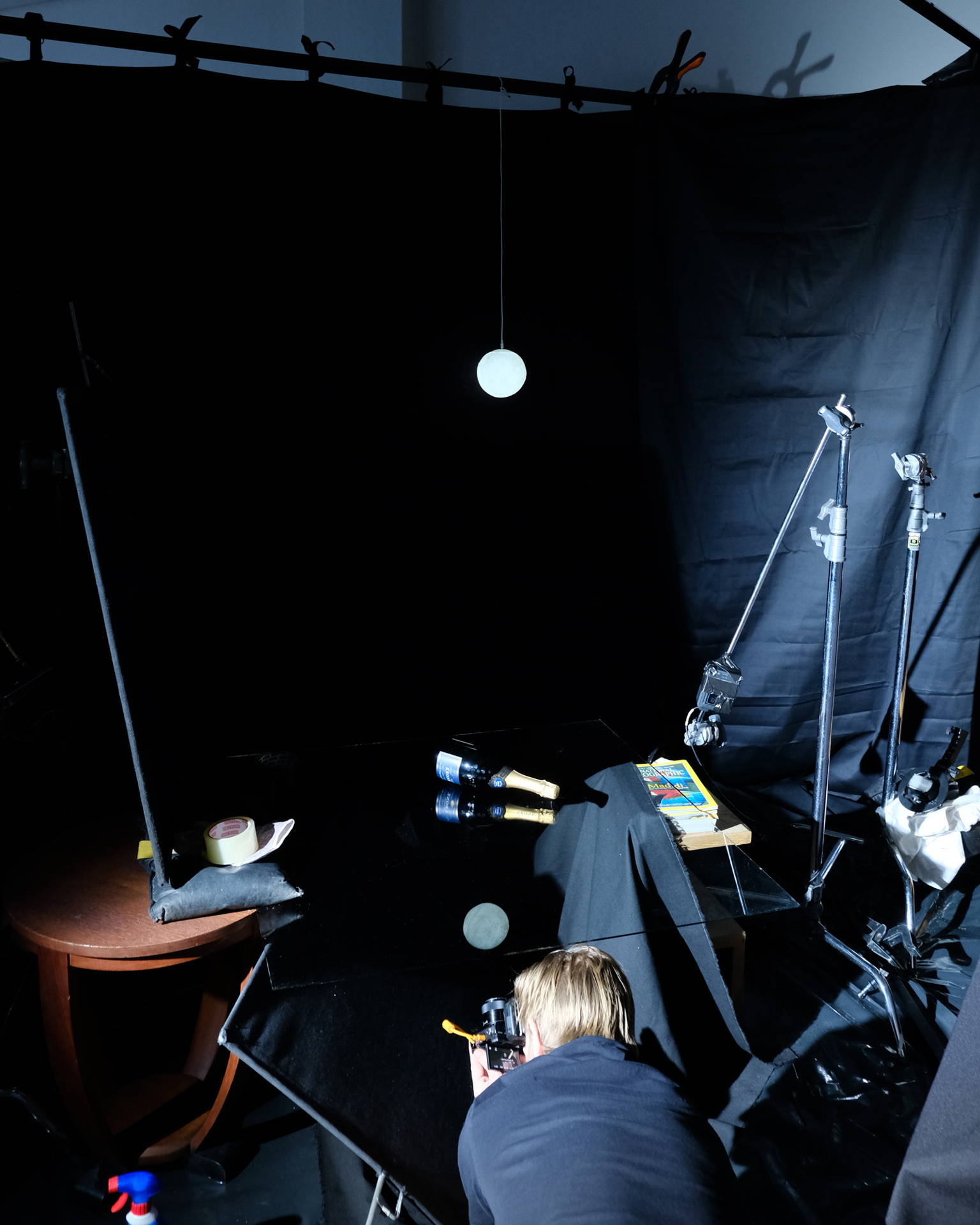 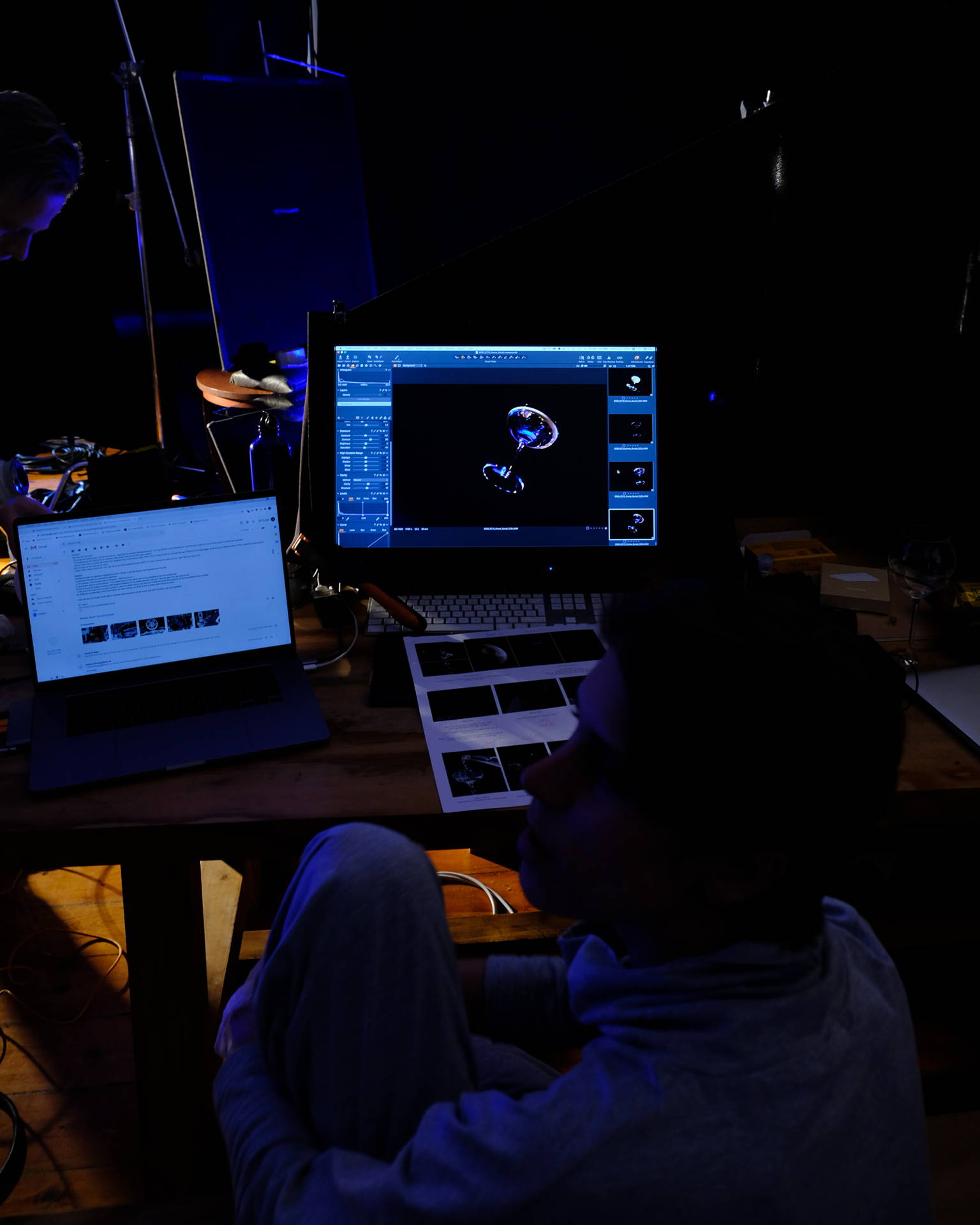 Somewhere, something incredible is waiting to be known.

What was the inspiration of the shoot - what sparked the idea of setting it in deep space?

This year’s concept shoot was really underpinned by the year we are in, 2020. The cultural phenomena of what we imagined the future to be (in Blade Runner, November 2019 was set in the ‘future’), and the moment when the future becomes the past. We are now in the space when we need to imagine a new future and with space being one of the traditional frontiers for visions of the future and its vast sense of the unknown/unknowable – it felt like a very apt space in which to play with this message. We really wanted to place Krone into this space, and link deeply to the Borealis constellation that is the namesake of the Borealis Cuvée Brut.

The shots draw from classic cinematic visual references like 2001: A Space Odyssey and Star Wars. We were particularly inspired by the older sci-fi’s like 2001, where Kubrick was able to create hyperreal depictions of space through using very simple, almost DIY models and sets. We were also inspired by contemporary visuals of space, namely the recent footage of the Space X satellite launch. The stark directional light of the sun, eclipses, the image we all know of the astronauts view back to earth, and the sensation of floating in zero-gravity – these were all important visual cues that inspired the shoot. 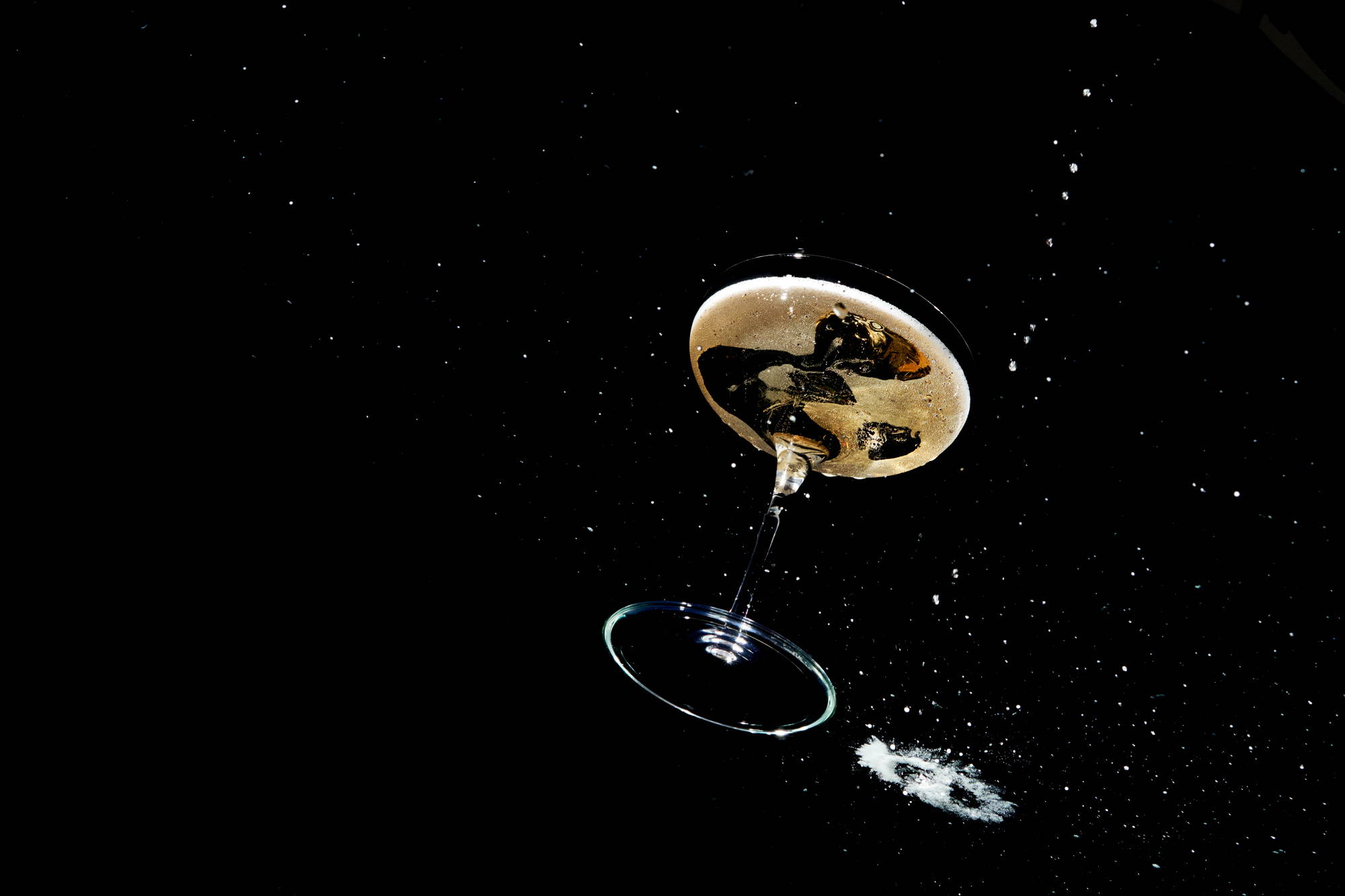 What kind of message did you want to convey to the viewer - especially in light of the trials humanity is currently facing?

We were initially inspired by ideas around retro-futurism, hindsight and foresight, the ability to see into the future and learn from the past. This idea was conceptualised long before the pandemic arrived, so it was interesting to us how deeply the messaging around introspection and the need for reflection was intensified by how quickly we found ourselves flung into a future reality. It’s also interesting how now the greatest advancements are being made from people’s bedrooms – the smoke and mirrors have lifted and we are seeing the world clearer than we ever have before. How different is this’ domestic’ future from the future imagined by previous generations?

Can you explain the background mechanics of how you achieved certain shots?

All of the shots are done in camera, with little to no photo-editing making use of sets and simple tools. We wanted to achieve the sensation of suspension as well as the feeling that the viewer is moving through the scene rather than looking at a static set. We suspended the bottle by using tons of Pratley Putty (which is interestingly the only South African product to be used on the moon), we drilled into the cork and attached gut to the bottle which had been emptied by the means of a diamond tipped drhttps://gem-3910432.netill. We also worked with a huge pane of glass to achieve the shots from underneath the objects, and lastly a kids moon bedside lamp to the eclipse shot. 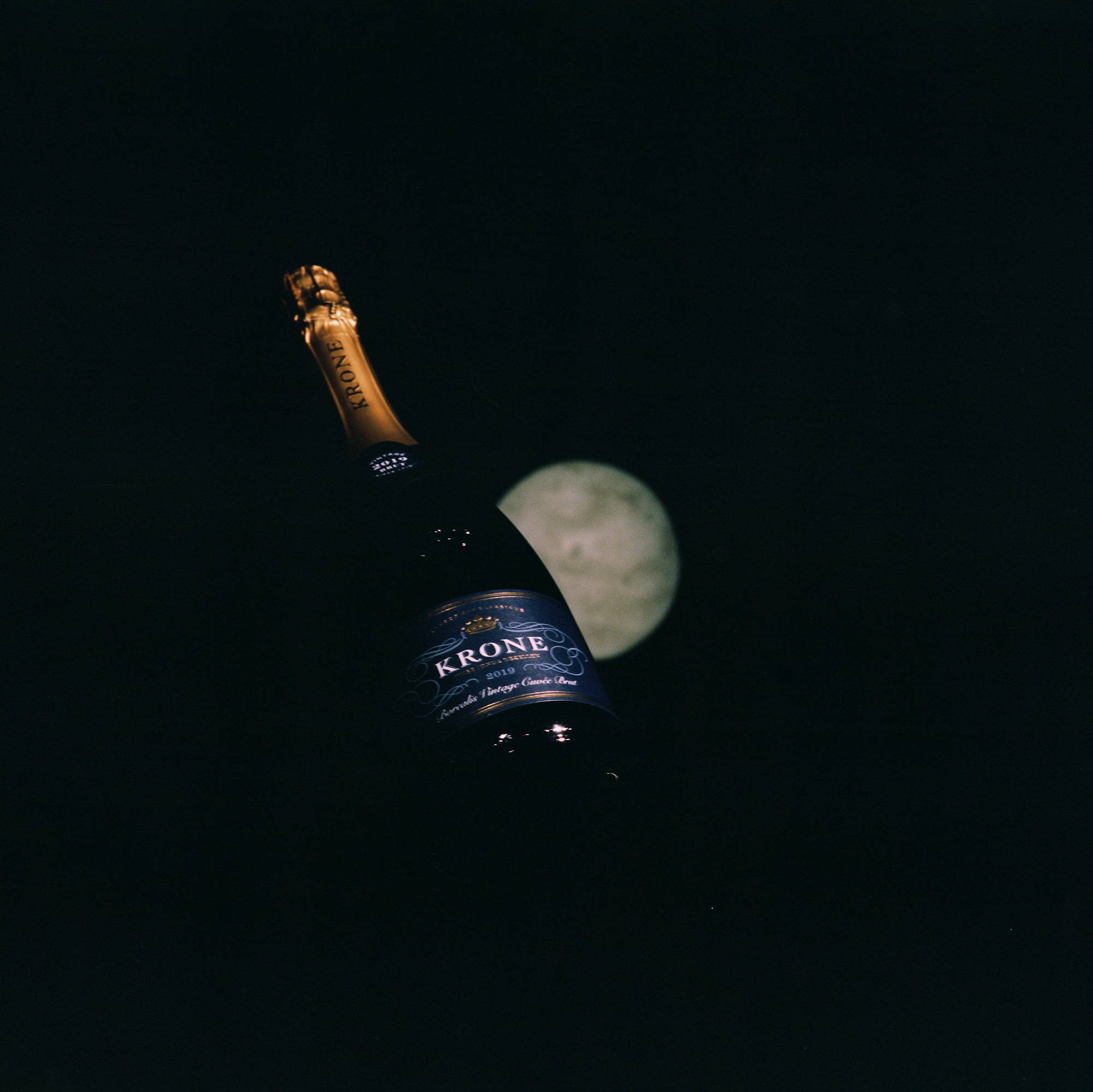 “We are a way for the cosmos to know itself.”

What was the most challenging shot to achieve and why?

The glass pane shot was the most challenging – we were using a huge 1m x 1m piece which needed to be propped very carefully to get as much surface area as possible, whilst being stable enough that we could place things on top of it. The set up was a little hairy, but we finally managed to get it right. The glass gave us the ability to have a sense of floating. This ended up being so incredibly rewarding – the spilt MCC created distortions that looked like worm holes and when the light hit it just right the spilt MCC ended up appearing like stars and galaxies.

How did you achieve the Hasselblad shot?

What is incredible about the Hasselblad series is the rawness of the visual – it is an absolute depiction of the scene – no editing or manipulation at all. This parallels directly the vintage only creation of Krone MCC being the encapsulation of a specific moment in time. Jon has managed to really master these shots over the past two years of working with the Hasselblad, we always reserve the Hasselblad shot for the image that we feel encapsulates the essence of the story – and this generally decided on set as we work through the shot list – it usually presents itself to us quite clearly. 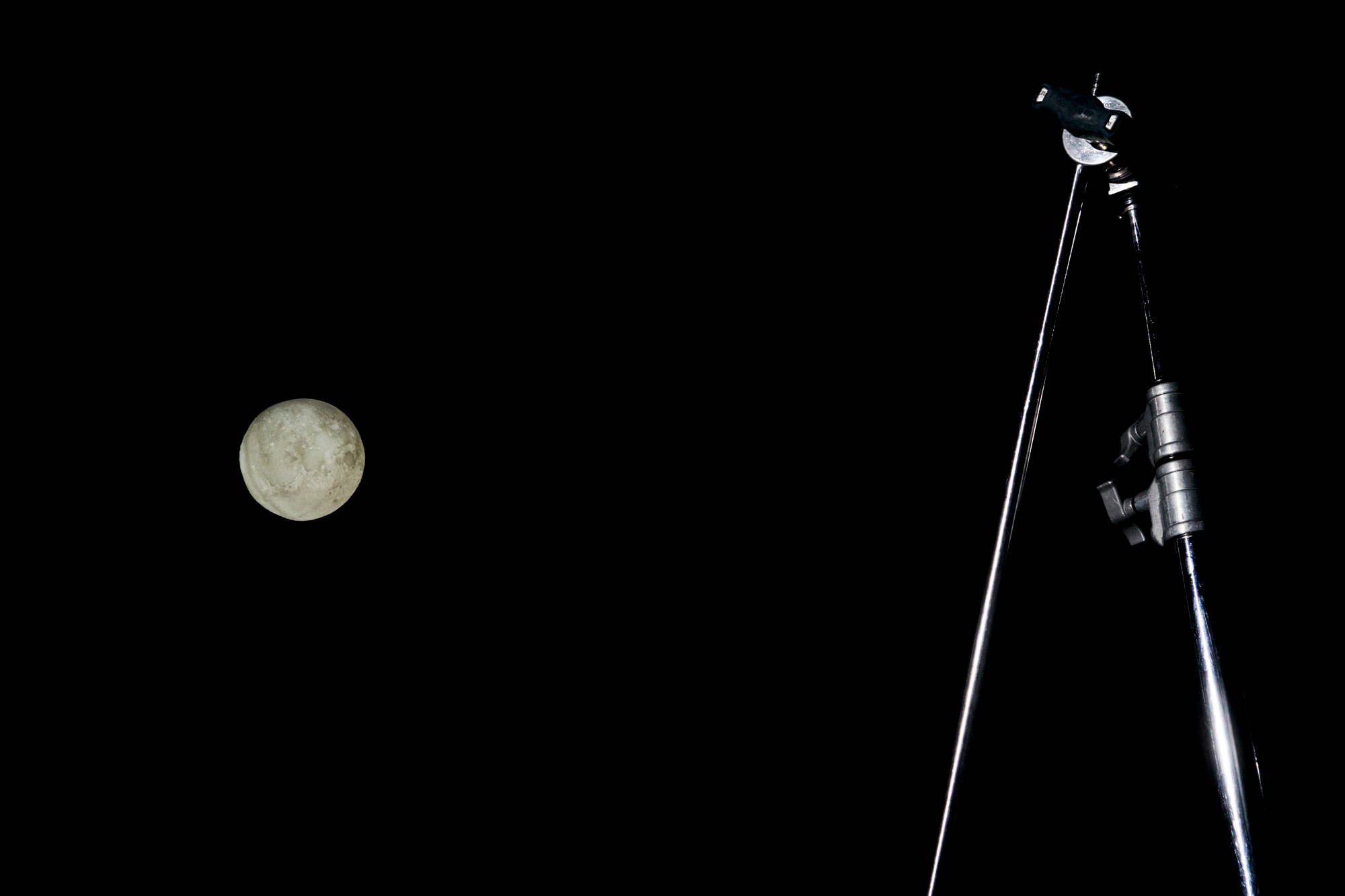 KRONE PLATES AND PAIRS WITH PINK THIS MOTHER'S DAY

KRONE CELEBRATES THE POWER AND GRACE OF MATERNAL WISDOM