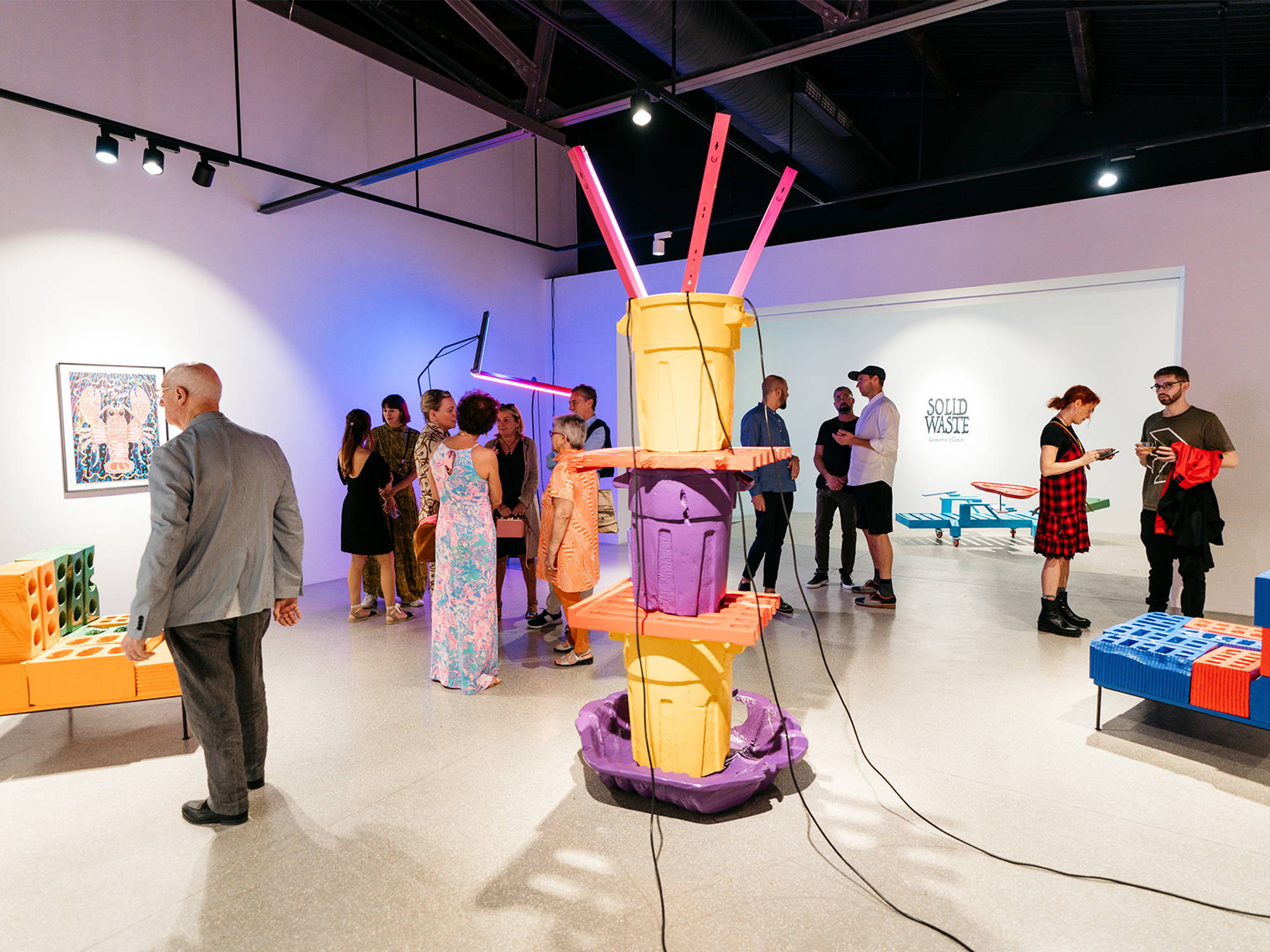 We were honoured to pour Krone Borealis at SOLID WASTE by Cameron Platter at WHATIFTHEWORLD, we take five with the artist and ask him some questions. 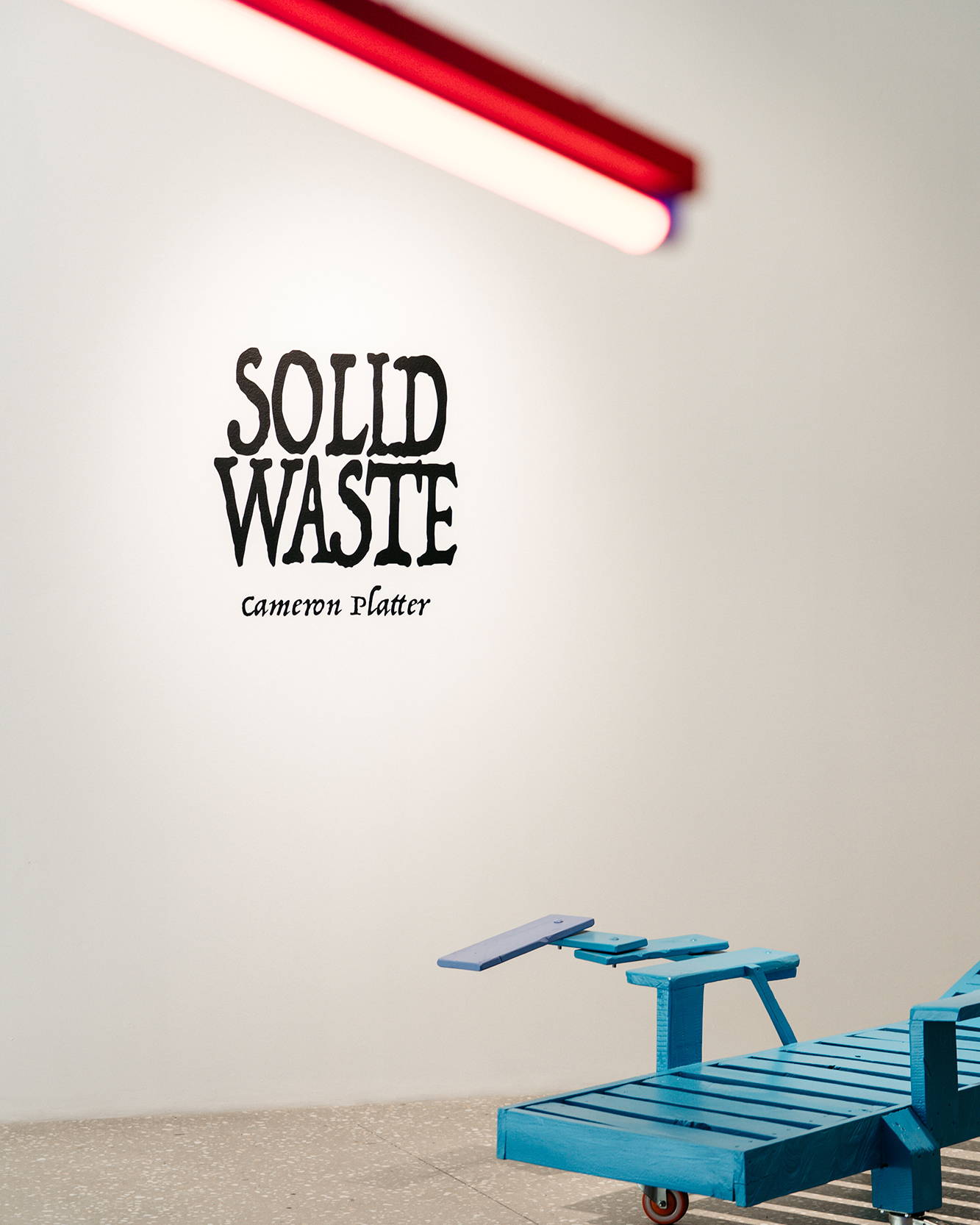 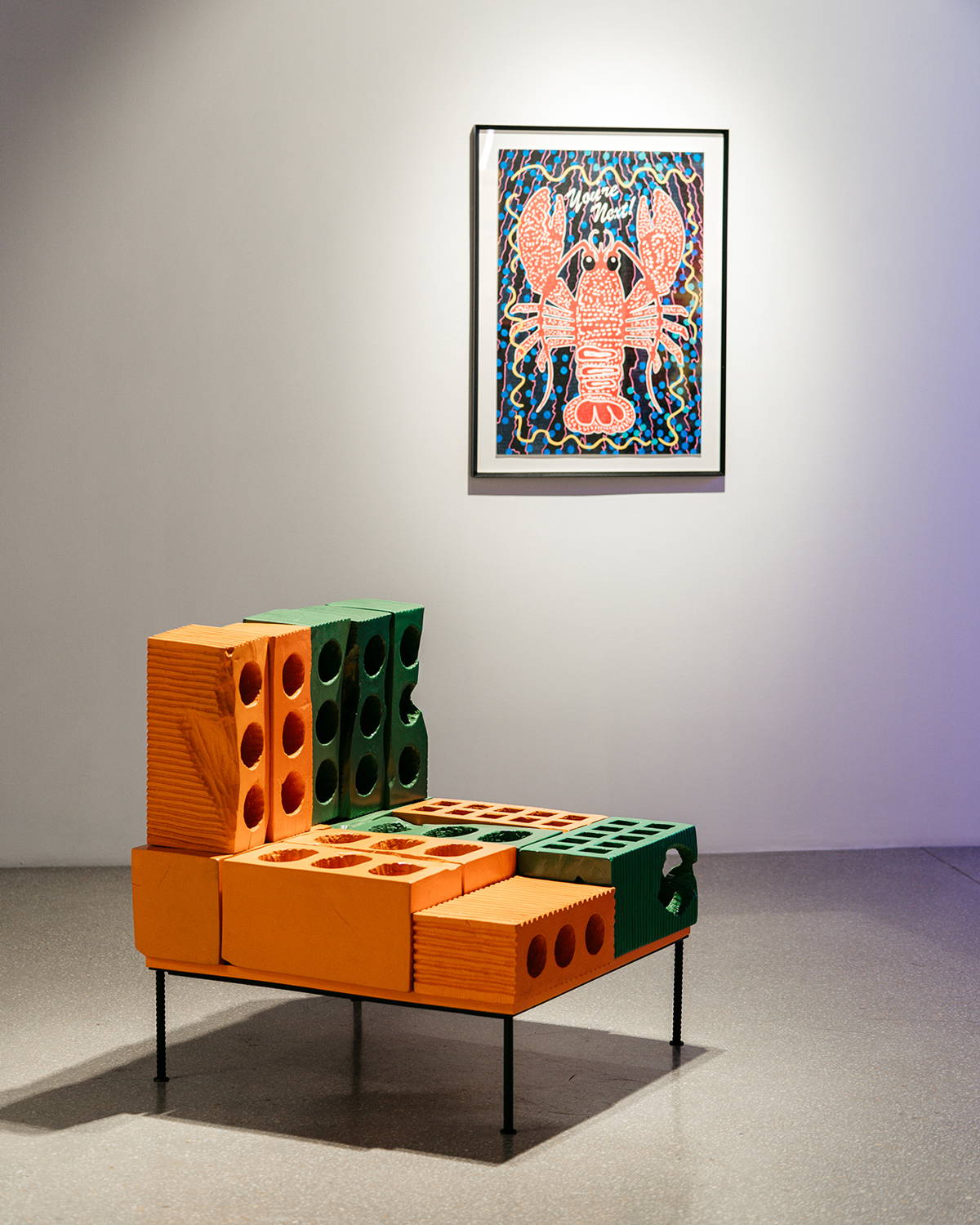 How would you describe the show Solid Waste to someone who has never seen it - What does it look and feel like as well as the driving force or inspiration behind the pieces?

It’s about sea urchins and polystyrene. And how they’re the same, but different. How everything is both trash and precious – that there’s no real difference between high and low. There’s beauty and ugliness in everything, and I (and this show) try to dance to both tunes.

What is your current insight to the question: “What does our rubbish say about us?”

It says everything about us.

The hand carved jacaranda pieces are finished in a way that they almost appear to be plastic in nature - can you talk us through your use of materiality and the role that perceptions play in your work?

I think things are not what they appear. I’m drawn to looking at what is underrepresented and misrepresented. In my carving a piece of wood to look like a plastic chair, I’m “totemifying” those original objects, and making myself and (hopefully) others aware of what lies beneath the surface. 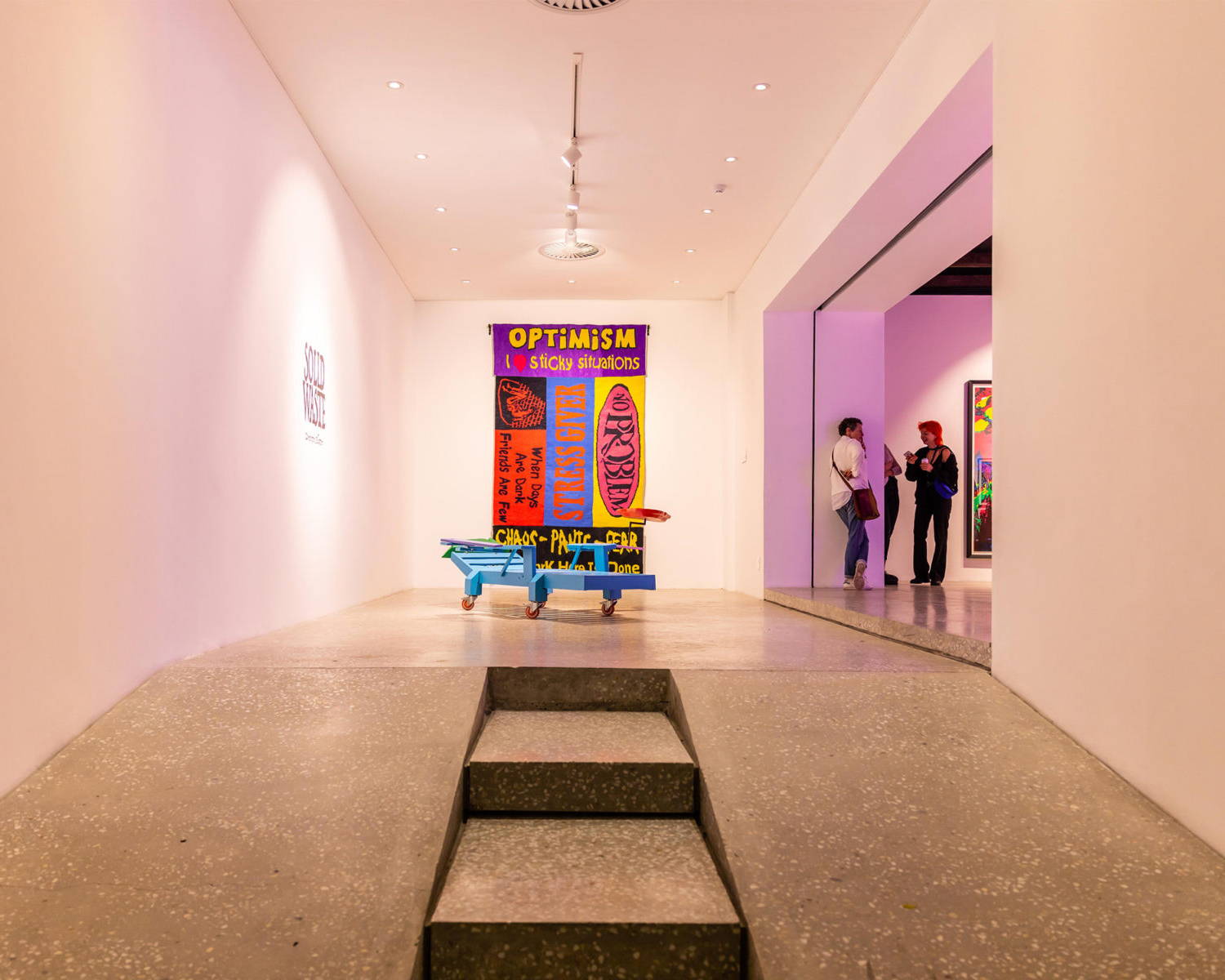 Which piece do you feel is the clearest expression of ideas behind Solid Waste - and why?

Tough question. And my answer would probably change daily. Right now, though, Optimism, my collage-assemblage tapestry made with the Rorkes Drift ELC Art Centre. Why? Lindsey Raymond explains it very well: “Platter interrogates our culture further in Optimism, a hand-dyed wool tapestry woven by an arts and crafts centre in Kwa-Zulu Natal. Once started up by Swedish Missionaries, it is now run by a community of isiZulu women. The craft centre is based on contentious land, the site where the Battles of Rorke’s Drift and Isandlwana took place during the Anglo-Zulu War. The large-scale textile work is formed from individual tapestries, each sized to the format of a yoga mat, stitched together to create a counter-narrative pop-object using old looms and artisanal craft. The sayings and fonts, which make up these designs are informed by bumper stickers. Again, he mixes high and low culture, using ‘lowbrow’ African craft as a sartorial device to translate his naive style. The piece when considered within the context of power and privilege, interrogates capital, class, labour, and colonial exploitation”

Can you elaborate on the video and web piece made in collaboration with Ben Johnson? Can you tell us a bit about the process involved in creating this?

Its an ongoing archaeological web dig that we’ve being working on together for over 5 years. It’s based on the early video game, Leisure Suit Larry – and is meant to be a place where one can find remnants of a playful, less homogenous internet. You should be able to have an “experience” and go done rabbit-holes and dead ends. 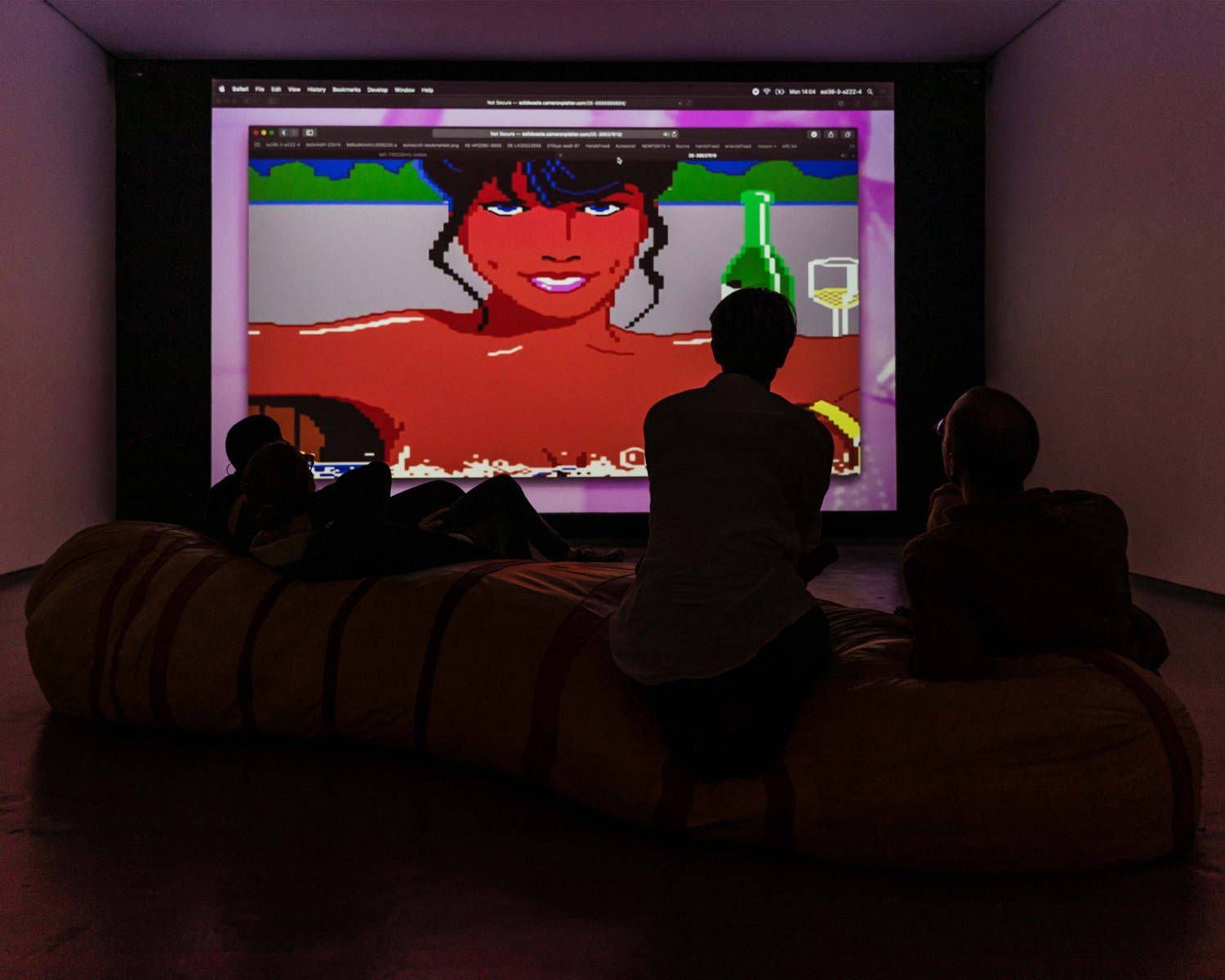 Interrogating culture through objects – tell us more about this process?

I’d say that I use objects and artworks to meditate on culture, and try to help me make sense of the world.

What kind of questions did you hope your viewers might have asked themselves while viewing the show?

“Wouldn’t it be cool if I were a sea urchin?”

Did the onset of the pandemic, and the time it allowed for reflection change the way you felt about the themes that were tackled in your work. Were any key messages amplified or morphed in the context we find ourselves in now?

Before the pandemic I had been through a cancer relapse and then chemotherapy, so I’d already had a lot of time to ponder things. What I can say, is that the messages and work always changes and morphs, and different things are always amplified depending on the context. 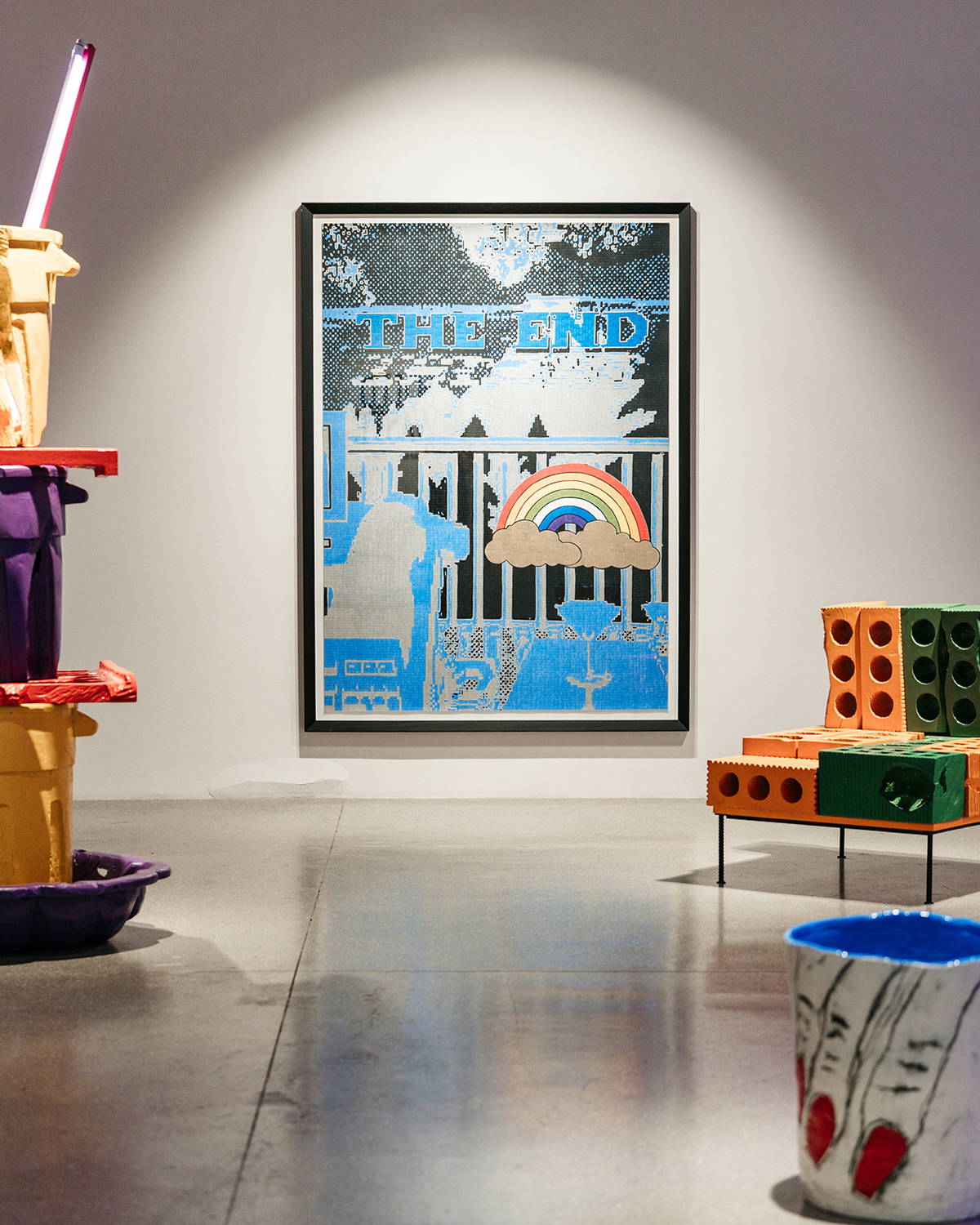 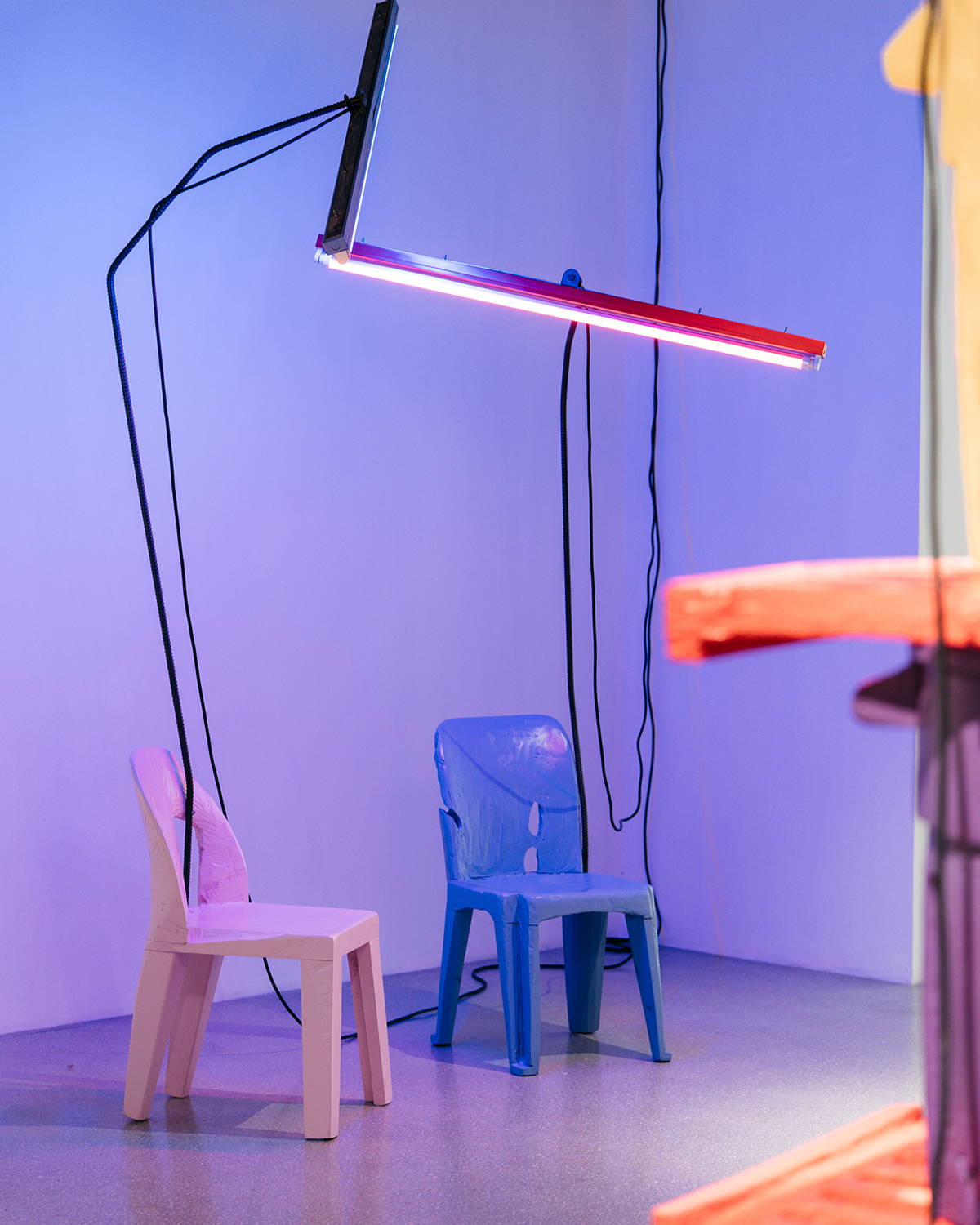 What's next for Cameron Platter

Tell us about the spin-off brand @solidwasteworks and what you see this developing into in the future.

To make very good t-shirts, books, and furniture, and to have some fun doing this. 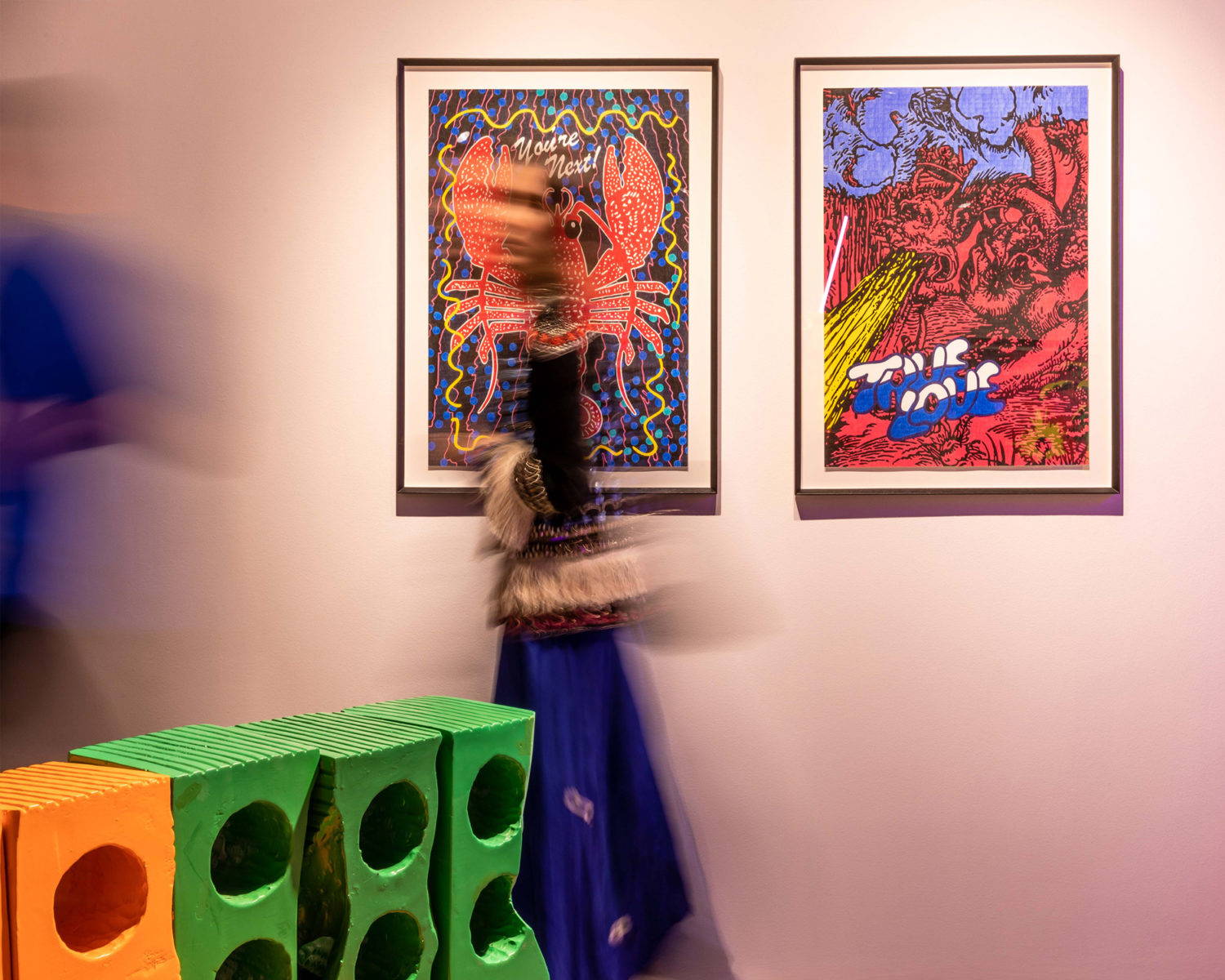 KRONE X WHATIFTHEWORLD IS PROUD TO PRESENT 40 UNDER 40